Localisation is the New Globalisation

Localisation efforts like Brexit — the voter-led withdrawal of the United Kingdom from the European Union — are reinterpreting borders worldwide, and with them, the global economy.

Where globalisation was driven by a desire to connect nations through trade and cultural exchange, localisation efforts originate from a shift towards sustainable community living, and the simple rhetoric that a country’s jobs and goods should be for its own citizens.

Capital flows, according to the DHL Global Connectedness Index, have also decreased in 2020. The movement of people has also “retreated to a level last seen in 1990”, when the Soviet Union’s Iron Curtain still bisected the continent.

In this era of broken supply chains, depressed demand and movement restrictions, looking inwards is the natural response for many countries.

Turning inwards in a hostile world

Localisation now, as PriceWaterhouseCoopers has it, is “the new globalisation”. Before, the millennial wave of globalisation brought about more choices and lower prices for consumers, the free movement of labour and foreign-led development projects in poorer countries.

China, for one, is an obvious beneficiary of globalisation. After opening up its previously insular economy in 1978, China’s Gross Domestic Product (GDP) has grown about 10 per cent annually, lifting more than 800 million people out of poverty, according to the World Bank. This incredible expansion largely rests on China’s exports to the rest of the world — at its peak in 2006, China’s exports comprised 35% of its GDP.

Globalisation, in other words, was an important engine of China’s stratospheric rise from a lower-income country to an upper-middle-income country within three decades.

Yet, even China today is starting to divert its attention from the global economy to its domestic market. In 2020, Chinese president Xi Jinping announced a new strategy of “dual circulation”. Peng Wensheng, the chief economist of China International Capital Corporation, explains it as a renewed “priority on domestic circulation … [and] the importance of supply-side structural reform to increase domestic competition”.

Commentators everywhere have seen this move as a way to sustain economic growth even in a hostile world. As a bonus, reducing reliance on carbon-heavy international trade also means that localisation is a more sustainable enterprise — both economically and ecologically — than globalisation.

Searching for a sustainable future

Singapore is also rethinking its approach to localised sustainability, despite its trade-oriented economy.

Through this initiative, Singapore wants to reduce its reliance on other countries for something as fundamental as food. As the city-state’s Environment and Water Resources Minister Masagos Zulkifli puts it, “food security is fundamental to national security.”

While this initiative was launched in 2019, the motivations behind it are even more relevant now, with the supply-side shocks that COVID-19 has caused. Just think of the panicked hoarding of food and daily essentials at supermarkets at the start of Singapore’s Circuit Breaker in April 2019, and the repeated reassurances of Singapore’s food reserves Minister Chan Chun Sing had to issue to the public.

Within such a precarious global climate, localisation, then, seems the logical path for economies to take.

Still, that is not to say that countries are shutting their borders and ignoring the world outside. Singapore’s 30 per cent target is key here — the country does not aim to, and cannot, totally replace its agricultural imports with local produce. Nor is the UK after Brexit, for that matter — they have just signed a trade agreement with Australia, their very first post-Brexit deal, to import tonnes of beef and veal.

This is the reality of localisation. It means coexisting with globalisation. It envisions letting locals choose between British pork, Australian beef and Singaporean barramundi for their sandwiches. It is the idea that the big, wide world does not have everything one needs and that economies can benefit by focusing on the local. 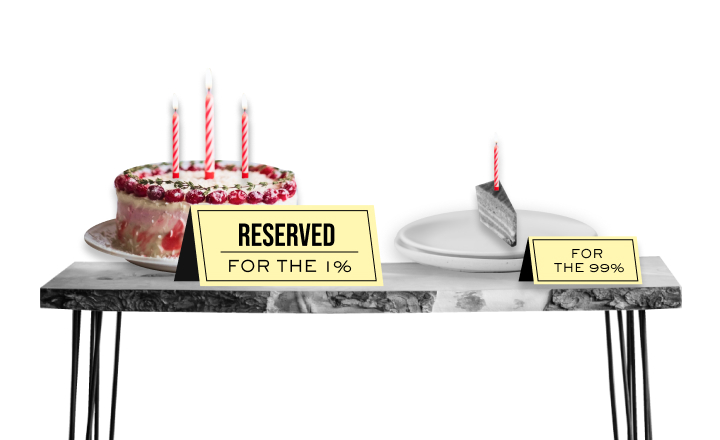 Can We Fix Capitalism?

A Post-Pandemic Economy
Explore OUR ISSUES
•