You have entered the chat

It's never been easier to find an online community — and lose track of the diverse perspectives outside our groups.

You must be 13 and above to join this server.

Top things to do here

Learn about the community
‍‍#community-guidelines

I'll just look around for now

Friends gather to watch a movie on Netflix Party; classmates trade study notes in a Discord channel; millions of viewers attend a live concert on Fortnite. Over on Animal Crossing, island-dwellers decorate their homes and visit each other.

These are the contours of our social life, defined by virtual hangouts in an age of physical distancing.

As social lives migrate online, communication apps and social games have been indispensable in keeping us connected.

These digital platforms attempt to recreate the feeling of in-person gatherings. Perhaps no other app has come as close to offering that experience as Discord, which allows users to connect over text, audio and video.

Originally designed for online gamers to play together in real-time, Discord gained traction with the mainstream with its customisable, collaborative platform.

Their servers are highly flexible; they can be private or public, remain exclusive to a small group of friends or host millions. People can come together to work and play, conversing freely about any number of topics across multiple mediums. 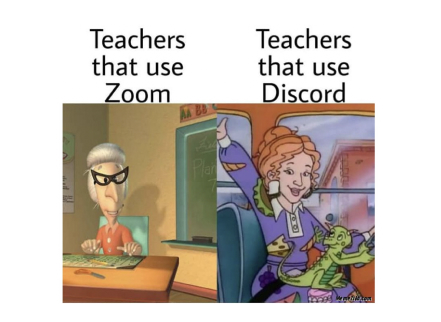 With such diverse possibilities for social interaction, the Internet has emerged as a third place — a public and civic space where communities are built.

In February 2021, Chinese netizens used a new audio-chat app, Clubhouse, to discuss Xinjiang’s internment camps for Muslim Uighurs — a topic that cannot be raised in real life without risking arrest. A Uighur woman shared her relatives’ internment to thousands of listeners, giving a first-hand account of the human rights violations in Xinjiang.

These digital hangouts accommodate a wide spectrum of views and elevate marginalised voices, encouraging the robust debate vital to any democracy.

How Discord is keeping everyone safe

The challenge of moderation

Such platforms exemplify the Internet’s potential to democratise information and bring us together, but they are not exempt from problems.

Issues like racial and gender discrimination are more pronounced online, as people can easily split themselves along ideological lines.

The privacy and anonymity of chat apps can be exploited to spread extremist ideology, even precipitating actual violence. In 2017, white nationalists and neo-Nazis used Discord to post swastikas, praise Hitler and plan the “Unite the Right” march in Charlottesville, Virginia.

Only after the march turned deadly, killing one person and injuring others, did Discord commit to purging extremist content.

In addressing harassment and hate speech, moderators often have to play catch-up. Unlike social media posts which stay up longer, real-time communication is harder to monitor. Moderating multimedia content also poses a challenge, as the tools to detect audio or video content lag behind those for identifying text.

Beyond these technical issues, platforms face a larger question: how far should privacy and free speech be permitted before they cause harm?

Online hangouts hold broad appeal for the freedom of expression and open dialogue they enable.

They offer valuable spaces where Internet subcultures flourish and anyone can find a community, however niche their interests.

But the same forces that promote connection also harden divisions.

When interaction is limited to those like you and those you like, people shut themselves in echo chambers and circulate hate-fuelled messages with impunity. When that happens, prejudice, bullying and calls for violence gain a firmer foothold on the Internet.

Read about how such division is intensified by fake news in “Free-for-all”.